The NY Sheep & Wool Festival – aka Rhinebeck – was a lot of fun. I got up at the crack of dawn which for those of you who know me is not something I do with any zeal. It better be something pretty damn good to get me out of bed before the sun rises! And it was…

I took the bus up with the Big Apple Knitters Guild. We got there around 11am and the festival was in full swing. I suspect quite a lot had already been sold out!

I managed to do a bit of damage although I wasn’t quite as crazy as I was at Maryland Sheep & Wool fest. I found myself both overwhelmed and underwhelmed at Rhinebeck. There was so much stuff that I had a hard time deciding what to buy but on the other hand, I didn’t really see a whole lot of stuff that I hadn’t seen before so there wasn’t that “I better buy this or I’ll never see it again” feeeling.

Here’s what I managed to stuff in my bag…

A much needed large niddy noddy. Now that I’m wheel spinning, my one yard niddy noddy isn’t big enough for the large skeins I get from the wheel. This one is a basic Ashford. I’d hoped to find something a bit more interesting but couldn’t find anything else that I liked. This one wasn’t expensive so it will do until I can find something groovier. 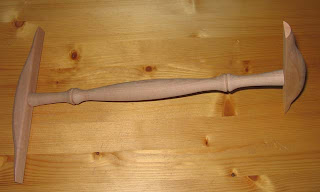 From Cloverleaf Farms:
Merino-Tussah in “Red” 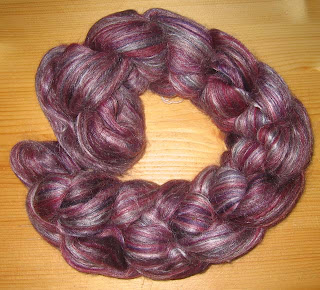 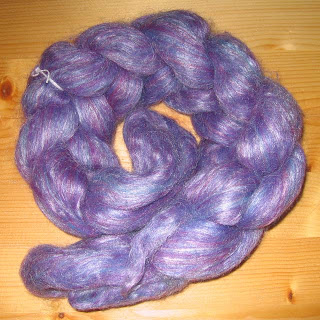 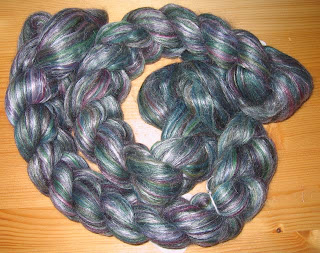 From Foxfire Fiber & Designs:
Really heavenly baby camel tussah silk – this stuff is to die for. It was expensive so I only bought 2oz. Yummy! 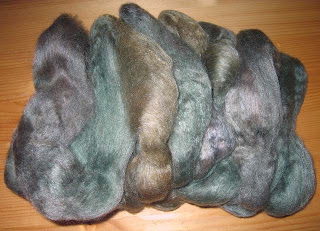 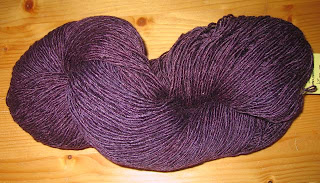 From Golding:
A .45 oz purpleheart pinwheel spindle. I didn’t have any really lightweight spindles so now I can attempt some real laceweight. 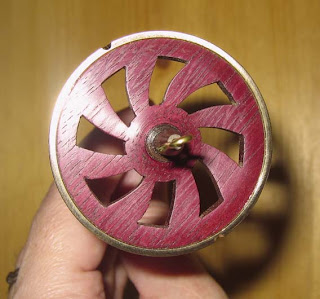 And, of course, the obligatory critter sightings… 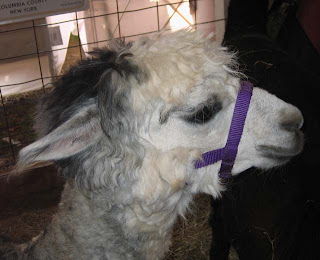 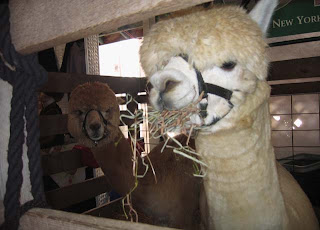 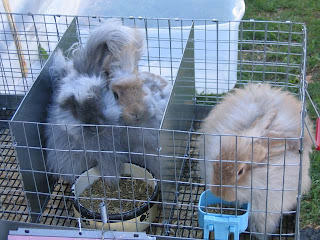 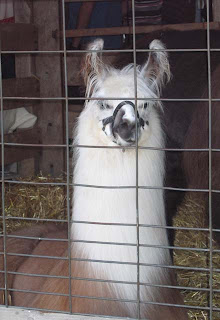 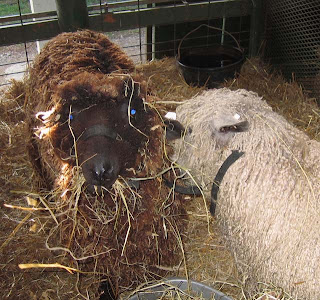 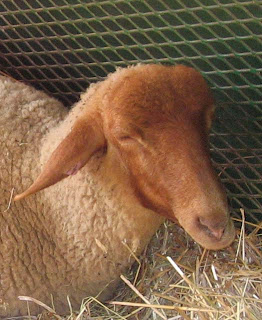 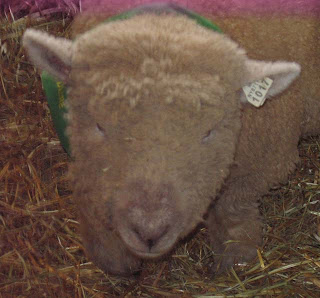 And don’t ask me what this Roo was doing there but he sure was cute! Anyone ever spun Kangaroo fiber??? 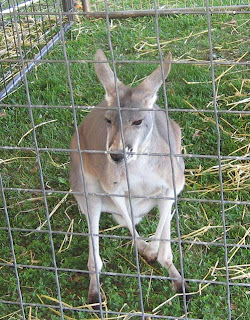 Well, I had such a flurry of blog posts and then dead silence for over a month! What can I say. I freelance and suddenly got a ton of work… Plus my camera decided to act up on me so I’ve been having trouble getting good photos. But here is a new project that I started a few weeks ago. I joined a KAL on Ravelry and immediately got behind. I’ve been wanting to try my hand at colorwork so this seemed like a nice small project to start with – Eunny Jang’s Endpaper Mitts: 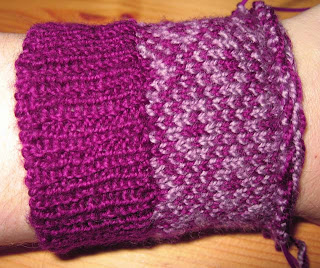 This is also my first time using Koigu – mmmmm, nice! I’m still having trouble getting the tension even while working with the two yarns so this is definitely a learning experience. Not sure how much I’ll get into colorwork but I like to at least try things.

Tomorrow I’m going to the NY Sheep and Wool festival in Rhinebeck! I’m a little worried about melting my plastic. It’s a good thing I’ve been working a lot lately!